Trying to be good stewards of the Wallowa river and Grande Ronde river, Lottie and I organized a river cleanup trip this spring.  There is 39 miles from our put in at Minam to the first takeout at Powwatka bridge with over 90 campsites.  Coach Northam thought he could get some volunteers from the Whitman Tennis teams to help so we tried to organize the big cleanup trip for a two day effort to accommodate college student’s schedules.  Knowing that cleaning 90 campsites would be impossible to do in two days, I got a head start on the work by myself.

The dogs and I headed down the river with flows on the Grande Ronde running 10,000 cfs.  With the raft rental business we get a lot of people asking what are safe flows for the Grande Ronde and the best answer to that is that the Grande Ronde is safe to float at almost any flow by a safe and conscientious boater and is always unsafe to run by careless or unsafe boaters.  So floating the river by myself and constantly pulling over to pick up garbage at 10,000 cfs does not bother me because I always pay attention to the river.  The rapids do not get harder on the Grande Ronde as the flows go up and a lot of them begin to wash out.  You can however make excellent time moving between campsites at 10,000 cfs.

My primary goal for this first clean up effort was to get the first 10 miles of the Wallowa campsites cleaned up, put a good dent in the Grande Ronde campsites, and remove two old fuel tanks near Rondowa that had been in the river for years.  The campsites are usually well taken care of.  It is more often small items that people drop and don’t see that get left behind.  There are occasionally messy campsites, but those are the exception.  The two major sources of garbage are fire rings and debris that has floated downstream from towns and roads.

Fire rings are not allowed on the Grande Ronde for a couple of reasons: one they concentrate use which turns the campsite into hard packed dirt with no vegetation and two, fire rings become a depository for garbage.  If you float the Grande Ronde in your own boat take a fire pan, put it on a few rocks so it doesn’t burn the soil under it, and pack out your ash.  It isn’t hard to do and makes the river look much better.  If you don’t have a firepan, stop in at the store and we will rent you one for cheap.  If you rent a boat from Minam Raft Rentals, you get a fire pan with your rental, please use it rather than building a fire ring.  I will be doing river cleanup trips as long as we are operating at Minam and it eats up a lot of my time to haul all the rocks from the fire rings back to the river and then to sift garbage out of the ash.

Since I began floating the Grande Ronde I have always seen two metal fuel tanks partially submerged on river left just before Rondowa.  These are apparently old airplane fuel tanks that someone may have made a dock out of somewhere upstream.  I asked Kevin Hoskins, our BLM river ranger, if he knew anything about them or had ever tried to haul them out.  Where exactly they came from, he could not tell me, but they had tried to get them out of the river.  They had not been able to budge the fuel tanks since they had filled in with mud over time.  I really wanted to get those old hunks of metal out, so I tried to think outside of the box.

I took an axe and I chopped holes out of the fuel tanks until I could reach through the jagged metal and pull mud out.  These fuel tanks are not small, I did not measure them, but they were probably 8-10 foot long.  I soon found that even pulling most of the mud out, I was going to have a hard time getting them out of the river by myself.  I decided to chop them into thirds to make them manageable.  The first fuel tank was the easiest, it probably only took me 30 minutes to chop up and get out.  As fortune would have it there had also been a piece of plywood on the banks of the Wallowa for the past year or two that I stuck on the front of my raft and made a good platform for the sharp, jagged metal.

The second fuel tank was not so easy.  There was more of it buried in the mud than exposed and the river was high enough that most of the exposed part was under water.  I felt like I was flailing somewhat blindly into the water with my axe to try and cut this one apart.  I spent an hour or more chopping and chopping, wiggling and wiggling, trying to work the old tank out of the mud.  Eventually I was able to get two thirds of it out.  The last third was completely under water and almost completely buried by mud.  The rest of the removal will be a low water project.  Below is me chopping up the pontoon in my first attempt at a time-lapse video.

The rest of my solo trip I continued to work my way down the campsites on the Grande Ronde river and was able to get the first 16 miles of the standard 40 mile float cleaned up.  Click on the picture below to see more pictures. 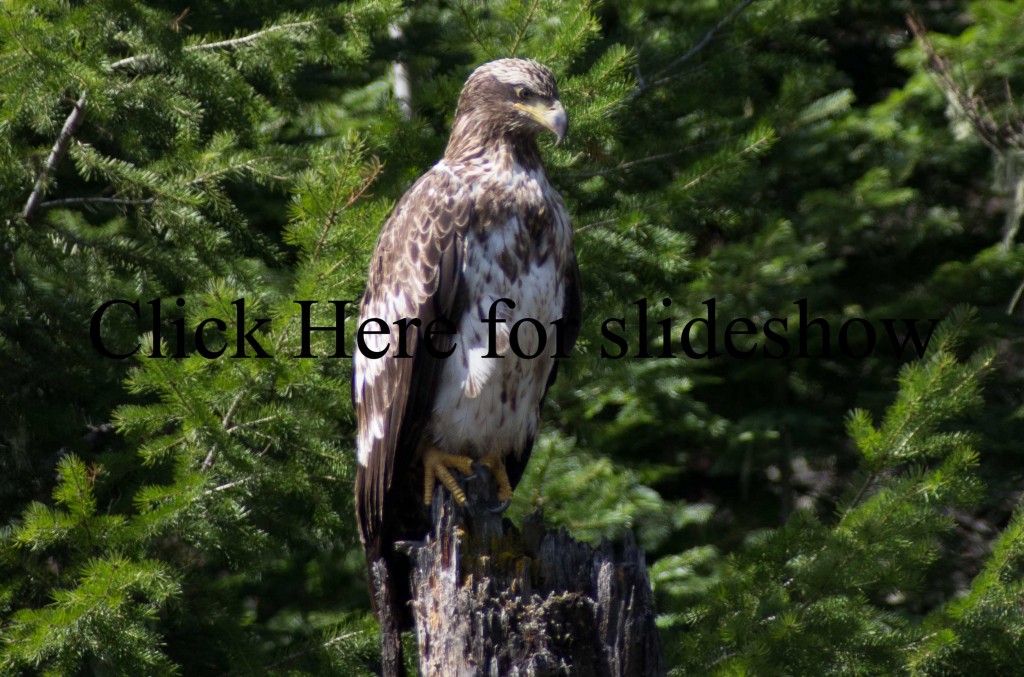 Click picture above to see more pictures from this trip

For the big clean up trip we had Coach Northam (also known as Jeff in many other posts on my blog) bringing in 5 volunteers from Whitman College (Quinn Miller, Colton Malesovas, Molly Olmsted, Maddy Webster, Erin Minuth).  We also had Kris Kerr (a fisherman from Walla Walla) and two of Lottie’s sisters and her brother in law (Erin Thompson, Richelle Chitwood, Darren Chitwood) along for the trip.

Lottie and I provided all the gear and food for this trip.  Lottie planned out the meals and it appeared to me that she bought out the grocery store.  The food was great really.  We had simple lunches on the river each day but Lottie made a great dutch oven dinner and breakfast.

Our first day we floated to Rondowa before stopping.  Rondowa gets heavy use by steelhead fisherman in the winter and spring and unfortunately steelhead fisherman also seem to be the messiest group of people that use the canyon.  I had cleaned the campsites above and below Rondowa, but I knew a 12 man sweep of the banks at Rondowa would be a good idea to get the miscellaneous garbage and Keystone light cans laying around.

Speaking of Keystone light, there should be a disclaimer put on their can.  Something like “Caution: although this is a very weak tasting beer and is therefore “light” this aluminum can will become so heavy after drinking it that you may be forced to abandon it where you drank it.  Please, only drink Keystone light at home where you can trash up your own backyard.  Remember, although it is light beer, the cans are heavy.”  Perhaps Keystone is putting too much aluminum in their cans and making them disproportionately heavy compared to other beer cans.  Enough of a rant, if you drink and hike or drink and raft, pack your cans out.

Our cleanup flotilla of 5 rafts and 2 kayaks began cleaning campsites where I had left off near Clear Creek.  After doing a few campsites as a group so everyone knew what they were supposed to do we split into two groups and began leap frogging each other to the next camp site.  The major spot to find garbage is in the drift wood piles where high water drops all kinds of things that find their way into the river.

Early afternoon I marked my first, second, and third picks for campsites on the GPS and gave them to Erin, Lottie’s sister, so she could tell Lottie when to pull over.  They were going ahead to begin setting up camp and get dinner started.

We had a little bit of a miscommunication with one of our rafts and as Lottie and Erin went ahead, another raft headed out and followed them all the way to camp.  Down to 3 rafts and 2 kayaks, the rest of the group continued leap frogging each other until we came to the first chosen campsite.  Lottie was not there and neither were anybody else.  The day was getting long at this point so we began to simply float so we could get to camp before dark.  We then passed my second choice campsite with no one in it and my third choice campsite.

At this point I thought the two rafts that went ahead must have been plagued by the Goldilocks syndrome finding something that was just not quite good enough in each campsite they came to.  Three miles farther down river we found them at a very nice campsite and they gave me the excuse of equipment malfunction.  Erin had never used the GPS before and apparently pushed some buttons and couldn’t find the campsites again.  My second attempt at a time-lapse video is below.

Day two we broke camp and Maddy Webster from Whitman Women’s Tennis showed that you can really use the 10′ wide hula hoop out of my Hula House 6 tent.  It was quite impressive.  After camp cleanup we continued our way down the river cleaning campsites.  Thanks for everyone’s help on the trip.  Click the picture below to see more photos. 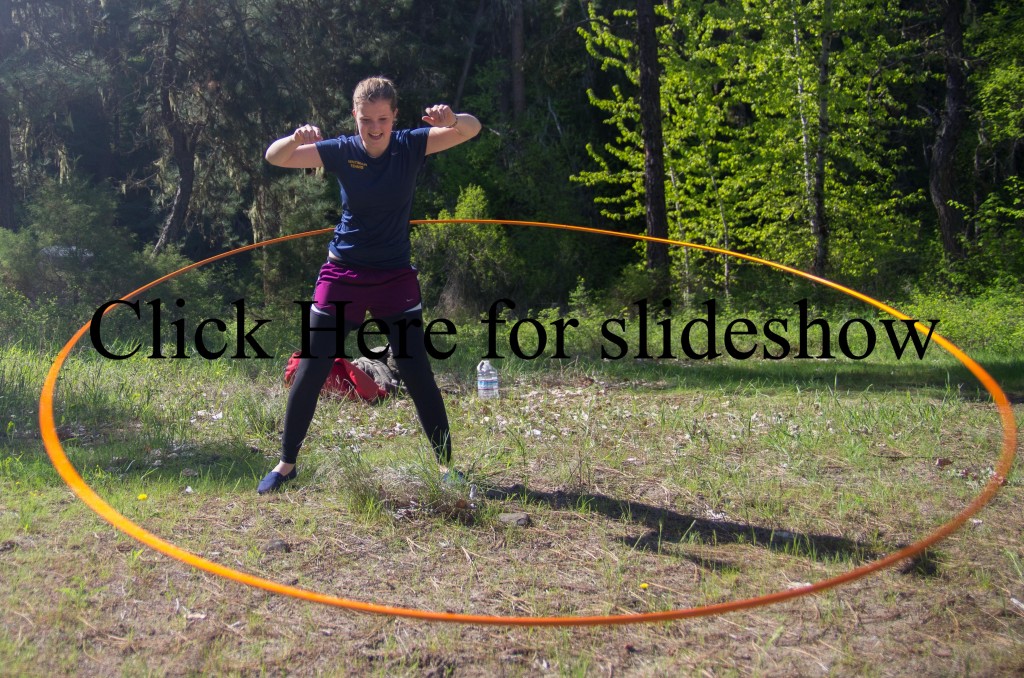 Click the picture to see more from this trip.